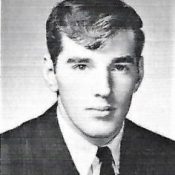 Richard was the captain of his high school football and baseball teams. Richard served with honor in the U.S. Marine Corps, 1966-1969, rising to the rank of Sergeant. He is a Vietnam veteran and was awarded the following medals, the Vietnam Service Medal with three Bronze Battle Stars, the Vietnam Campaign Medal and Presidential Unit Citation. He owned the floor sanding business, Norwood Floors, for 25 years. Richard volunteered as an emergency medical technician for 10 years and coached baseball for 18 years. He loved to share his love of the game and many say he was the best coach they ever had. Richard was an incredibly devoted father. He loved his girls more than anything and he always put them first. Words cannot express how much he will be missed.