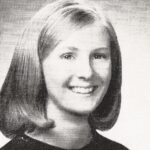 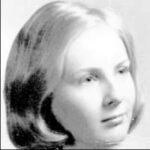 Her life was a love story: In the fall of 1968, a then young Shirley Anne Flaherty met her future husband, David Radcliffe on the campus of Syracuse University – almost 42 years ago to the day. With 40 years of marital bliss between them, David considers himself to have been a very lucky man. “She has been everything to me, my girlfriend, my best friend, my wife, and my lover,” a tearful David shares. But there is so much more to Anne’s life, she was a wonderful caring mother of two great boys, a great neighbor, and a lovely person to be around.
David’s career lead them on a path in the Air Force, where as a couple and later family, they traveled the country together living in exotic places from New York City to the Mojave Desert, with assignments at Edwards AFB, Calif.; Grand Forks AFB, N.D., MacDill AFB, Fla., and twice being stationed at Langley AFB, Va. Anne also saw the world with her family spending six years in Germany, including three years in Berlin. When the Berlin Wall fell, Anne was there and a year later she participated in German reunification.
Ultimately Anne and David settled with their family in Hampton Roads, where they watched their two boys, David and Dana, grow up and become fine young men. Appropriately for a military couple, both would find work associated with helping military families. Anne’s work with veterans, as a vocational rehabilitation counselor, for nearly a decade was a professional passion. Her veterans always knew they had an advocate with her, but her marriage to David always remained her one true passion.
Three and a half years ago, Anne learned that she had a brain tumor, but during her struggle with the disease she always chose life and remained optimistic. Even though it was the most difficult three-and-a-half years of their family’s life, it pulled them even closer together. Then on Thursday, a week ago, her suffering and long-term struggle came to an end as Almighty God called her home to Him.
Reflecting on where Anne is now, David says, “Right now Anne is having a cocktail some where on a Heavenly cloud with her dad and other friends we’ve known. No more pain for her, only those she leaves behind – maybe time will heal our wounds. I plan to see her again when my time arrives, until then, I must put one foot in front of the other and try to live this life to the fullest. Without her it will be a lot harder. All my love to you Anne!!!”
Her father preceded Anne in death, but she leaves behind her mother, siblings, her husband, two sons, a daughter-in-law, and grandson who will all miss her dearly.
A funeral service will be held at 3 p.m., Oct. 23, 2010, at St. Matthew’s Anglican Catholic Church at 215 Main St, Newport News, VA.
The family asks that in lieu of flowers, you please make a contribution in her memory to St. Matthew’s Anglican Catholic Church. View and post condolences on our online guestbook at dailypress.com/guestbooks.